Zala County is located in Southwest Hungary. It borders on Croatia and Slovenia.
Home / Letenye

Zala County is located in Southwest Hungary. It borders on Croatia and Slovenia. There are 258 settlements in the county, 10 of which are towns. Population: 288 thousand inhabitants. Area: 3,784 km².

Zala County is the meeting point of various regions. Its major areas are the following: Hills of Zala, Keszthely Mountain and West- Balaton. The main rivers are called Zala and Mura. The one of the town is Letenye which is the town of Mura. The distinctive Letenye landscape covered with forests is the result of long and complex geological processes over millions of years. Letenye is 5km from the Hungary-Croatia border, where the population is 4400. Regarding its climate, its closeness to the sea is of determining factor. The climate there is most influenced by the ocean and the least by the continent. 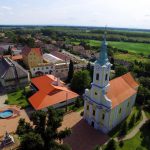 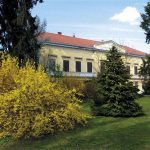 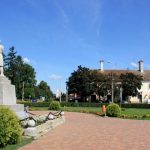 Wood industry and silviculture, tourism as well as engineering industry are determinant in the economic life of the county. Tourists are attracted by its unspoiled countryside, the various medical spas, the romantic ”Göcsej” scenery, the lively folk art and the traditional village tourism. Numerous cultural and entertainment events are also important for completing the tourist offer in Letenye.

The vision of the project partners is the realization of Letenye-Prelog-Ludbreg cycling connection. The partners intend to further develop network of local cycling routes while ensuring linkage of both sides of the Croatia-Hungary border and connection to the Eurovelo network. Thanks to a number of investments implemented by partner towns during the last years, number of visitants accommodated in local hotels shows a growing tendence which should be further encouraged through… View more